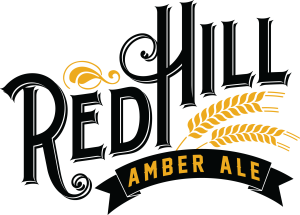 A medium bodied red ale. Malty sweetness and caramel flavors supported by medium hop bitterness round out this balanced ale.

Shortly after George Washington was elected the first President of the United States, he embarked on an extended tour of the new nation. On May 29th, 1791 he visited Cabarrus County. He spent that night in the Red Hill Tavern off of Poplar Tent road, which was owned by Martin Pheifer, a good friend of Washington who served with him at Valley Forge. While the tavern burned many years ago, the roadside historical marker on the corner of Poplar Tent and Hwy 29 is confirmation that our first president slept just a short distance from Cabarrus Brewing Company – Red Hill Amber celebrates this important moment in our area’s history.

🚨🚨Just a quick heads up, we’re gonna give

We might get a little snow flurry action ❄ later

Hey! Remember a few weeks ago when we had to abrup

Any cookies that may not be particularly necessary for the website to function and is used specifically to collect user personal data via analytics, ads, other embedded contents are termed as non-necessary cookies. It is mandatory to procure user consent prior to running these cookies on your website.